Certified Bankruptcy Specialist in Consumer Bankruptcy Law by the American Board of Certification since May 21, 2003: 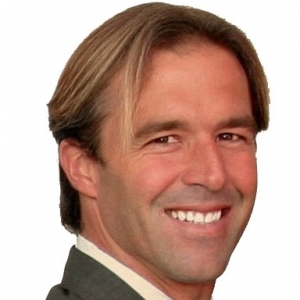 San Diego Bankruptcy Attorney Michael G. Doan, started working at the age of 14, achieved Eagle Scout status at 14, and has a work ethic second to none. Michael graduated from the University of San Diego with a Major in Accountancy, Minor in Philosophy, and earned departmental honors.  Michael earned his Juris Doctorate Degree from California Western School of Law and passed the bar exam with his first attempt.

Since May 21, 2003, Michael has been a Board Certified Specialist in Consumer Bankruptcy Law by the American Board of Certification, one of only a handful of such attorneys in the Southern District of California. He owns and manages the Oceanside Bankruptcy Attorney Office.

To date, Michael has filed over 6,000 consumer bankruptcy cases as well as hundreds of other actions inside those cases against creditors for collection abuses.  He has also has extensive appellate experience and has been published on numerous occasions by both the Ninth Circuit Court of Appeals and the Ninth Circuit Bankruptcy Appellate Panel.

Michael is also a licensed Mortgage Broker and Realtor by the State of California with membership in the San Diego Association of Realtors, SANDICOR, and President of a full-service real estate company, First Platinum Properties.

Michael and Megan are married, reside in North County San Diego, and have five (5) adult children. Hobbies primarily consist of surf trips to various parts of the globe, including extensive travels in Nicaragua, Central America.

The American Board of Certification is co-sponsored by the American Bankruptcy Institute and the Commercial Law League of America. The ABC Board of Directors consists of many of the nation’s finest bankruptcy and creditors’ rights lawyers, former judges, and law professors.

Michael G. Doan is also a graduate of Max Gardner’s Bankruptcy Camp. Gardner’s Boot Camp is an intensive five(5) day, twelve(12) hour/day, training session in bankruptcy litigation conducted on Gardner’s 160-acre Farm located deep in the South Mountains of Western North Carolina near the small town of Casar. Gardner is widely recognized as the leading lawyers in America in the areas of Predatory Mortgage Servicing and the collection of discharged debts in consumer bankruptcy cases.  As a Proud Bootcamp graduate, Michael Doan and fellow Bootcampers are bringing considerable reform to creditor misconduct in bankruptcy cases throughout the United States.

Doan Law will answer all your Chapter 7 and Chapter 13 Bankruptcy questions. Call us now to meet with our expert Bankruptcy attorneys, at any of our San Diego Bankruptcy offices, call (760) 450-3333.